When we think of habits, we tend to think of people who smoke or people that bite their nails, but habits are far more pervasive than you might suspect. In fact researcher Wendy Wood famously stated that around 40-45% of our day to day behaviours are in fact governed by habits, which means that we need to be extremely careful not to underestimate the impact that these subconscious actions can have on various outcomes – including fat loss.

Habit formation is somewhat related to classical conditioning. Classical conditioning, also known as Pavlovian or respondent conditioning, is the psychological observation that animals (including us) learn certain actions due to association; simply we do something, see what happens as a result, and then use the knowledge gained from that to continue on in the world. If a rat pulls a lever and is given a pellet, it will associate level pulling with pellet eating and do it more often (positive reinforcement). If you give it an electric shock after pulling a lever, it won’t do it anymore (negative reinforcement).

Habit formation is something of an extension of this. In the hypothetical experiment above the rat ‘remembers’ that a good or bad thing happens as a result of a given action and so it orients itself accordingly, but in habit formation, the behavioural change has a neurological basis. To illustrate this, let’s look at human behaviour, and relate it to eating.

Let’s say you’ve had a long day at work. You’ve had a disagreement with your boss, your computer crashed and then to top it all off, you were stuck for hours in traffic. Chances are you’re in a pretty bad mood. When you get home you decide to head to the kitchen and eat some biscuits from the cupboard. You feel a little better, your mood is lifted, and you get on with your evening.

What’s just happened is that upon getting home, your prefrontal cortex (the part of your brain associated with executive thinking) has calculated what will make you feel a bit better. It’s made a decision and sent a signal to another area associated with goal-driven behaviour known as the striatum, and this, in turn, has sent a signal to your motor cortex; leading you to perform some actions that culminate in biscuit eating. Dopamine floods your striatum and you feel good.

The next day you get home and you consciously remember that you have biscuits left. That one yesterday was great, and so you have another. The same process happens again.

Over time, however, the prefrontal cortex becomes less and less involved. Instead, upon coming home (a cue) your striatum starts to desire its biscuit (a reward) and so it sets your motor cortex away performing the usual get home/eat biscuit routine. A new habit is formed.

The critical difference between this and classical conditioning is that, were this to be classical conditioning, you would make a conscious decision each night to go grab a biscuit because you remember it tasted good and made you feel better. In this situation, however, your brain has physically changed (its ‘rewired some circuits’ thanks to neuroplasticity) and it takes the decision away from you. Rather than weighing up options and choosing a biscuit, your brain makes you want a biscuit. You crave it and you may resist but those cravings only get stronger and stronger.

This cue-habit-reward process is responsible for a huge amount of poor eating choices that people make each day. Our food environment, including readily available, cheap, hyper-palatable foods that are omnipresent provide people who have ‘bad eating habits’ with almost limitless cues. These cues feed into the habit cycles they have created and this results in a far greater amount of craving than people without these. Note that the areas of the brain responsible for cravings are far more influential than the cortical areas that you can use to resist temptation – genuine cravings are a powerful force to be reckoned with.

So what can be done? The easy answer here is to know that your craving is based in neurological wiring and not a physiological need, it can be ignored. Eating the biscuit makes you feel better because it solves a craving, you don’t actually need it to get by. That’s only part of the battle though because those cravings still do exist and resisting them is extremely unpleasant.

The other approach is to isolate exactly what the reward actually provides. In the example above what is it that the biscuit gives because it’s that which you crave, not the biscuit itself.

You could crave something sweet or something chewy, in which case a sweetened cup of tea/glass of diet coke or some beef jerky would meet your respective needs. If the ‘feel good factor’ of the biscuit is what is needed then you may need to look at doing something enjoyable after work, or engaging in some endorphine-releasing exercise. If it’s a boredom cure, find something so you aren’t bored when you get home. The specific answer to the question will always be an individually determined thing, but the overriding principle is that you need to find the ‘true reward’ and work out a more positive way to get that.

Once you do that, and you use a different approach enough times, success will become automatic. 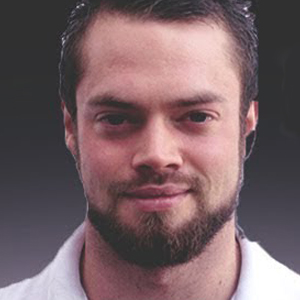 Writer and Academy Manager at The Body Type Nutrition Academy

Tom is a performance and nutrition coach who frequently delivers courses for Body Type Nutrition, writes for the Awesome Supplements blog and is involved with several fitness marketing projects....
Read more