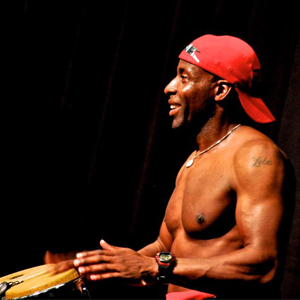 Having flown all around the world teaching classes, filled venues to capacity, and offered expert advice to countless instructors, Kardy Laguda is a legend in the exercise to music world....
Read more

We recently sat down with international choreographer, instructor, presenter, producer and author Kardy Laguda to discover his best pieces of advice for new, aspiring and even experienced exercise to music instructors. In Kardy’s original interview he was keen to stress that any advice he’s given out, he also has followed himself.

How can fitness instructors follow your lead and make their programmes as energetic and entertaining as yours?

I have a number of points that I think will help. The important thing is I really care about people accomplishing their goals so that leads into all these points.

You need to keep it simple. When you complicate something you give yourself and your participants a headache. At the end of the day your participants want to have fun and achieve something, and they can’t do it if it’s too complicated. I’ve seen classes that have 300 people in them and there’s only 30 left by the end because the instructor didn’t know how to keep it simple.

You have to establish a learning curve that not only makes the participant comfortable, but yourself as well. I know for a fact that when you stand in front of a group you’ll have a plan when you start to instruct your class.

Even if it’s your routine, you’re essentially teaching to yourself as well as your class. You’re not doing a dance show or anything like that, you’re actually giving yourself a timeout every time you do a new move because of the repetitive nature of your learning curve. In the end that makes the participant comfortable because they’ve repeated it so many times.

Can it be done?

Only demonstrate movements the participants can actually do. It’s not dance and I say that to a lot of people. It’s movement-based exercise and there is a difference. You can put on a piece of music and dance like nobody’s watching, it doesn’t matter. The feeling that you get, that energy, is the workout.

Using mirrors isn’t necessarily a good thing. I tend to face away from mirrors because it’s not about looking elegant and ballerina-like, it’s about motivating a person to move and increase their heart rate and feel good about what they’re doing. That’s not going be achieved if the person next to you has been to dance school and been in MTV music videos and you’re doing the same moves, but you look like a statue and she looks like a ballerina.

The idea is to make everybody equal and when you’ve got people constantly looking at themselves in the mirror it doesn’t work. If you’re doing moves and feeling good, even if it’s completely different to the person next to you, then it’s the right move for you.

There’s no point in doing moves that overly challenge people anatomically. I’ve seen people do movements that would end up torquing a knee or hurting their back over a period of time. There’s a place for every movement, but that’s not necessarily a fitness class.

You wouldn’t be doing gymnastic moves in a class like that because your body’s not adapted to it. If it’s your goal to get up to that standard you’ve got to have a learning curve. When it comes to exercise to music classes, if you do natural movements people will find it easy to pick up and they won’t be experiencing any kind of twisting and turning or flexibility issues. It needs to be comfortable.

As people become more confident you can apply advanced challenges. For example, if someone becomes more choreographically aware and you have an advanced class, you’ll then be able to say to your class ‘I’m going to challenge you’. Then it’s up to you to teach them a challenging movement. That really helps add to peoples’ confidence and they feel a sense of achievement, and that really is the key here.

The next point is: I have a signature and people should really think about getting themselves one. It has to be in the DNA of the individual instructor. If someone likes telling jokes then they need to use that during their delivery in some way, shape or form.

If someone likes talking about what’s on the news then they need to engage their participants with that, or if they’re really into films then use that. It’s a bit silly because you’re participating in a class and someone’s asking you about movies, but there’s always a bit of breathing space during a class to do this. You can use your signature to motivate people, like getting the class to shout out their favourite movies – it really works.

Another thing to bear in mind is that you need to start small with your ideas, the routine does not have to be long or complicated. I had a friend years ago and she always used to say to me: ‘I can’t believe you only do eight moves in your 500 people class’. My response was ‘I don’t need to do nine because if I do that it’ll be too much for my class.’ It’s not about the length of the routine, it’s about the sense of achievement people have when they walk out the door. It’s about the fact that I started the class with 500 people and I finished with 550 because people can jump in halfway through and pick it up. The routine never has to be long and complicated.

You should always talk to your class about life as well as exercise. You can always have a conversation with your class that fits in with your personality. It’s important to care about your participants.

It’s always good that if you can feel the energy isn’t right in the class because someone hasn’t had a good day, you can actually use your personality and your skills to give them an uplift. That’s a very important tool because they might arrive miserable, but leave with a massive smile and you’ve turned their day into something fantastic.

Lastly, if you like a piece of music, you have to live it. If I like a piece of music I’ll play it over and over and over again until it motivates me and I can feel the energy. I’ll literally live in the music and I will create my routine around that piece. That’s my highlight and any other music that I use will complement that group of movements because I created a routine with a piece of music that really lifted me. I suggest you find the best of piece that helps you feel good and listen to it so much that you feel you have to move to it. Then, it’s got you and you’ve got it.