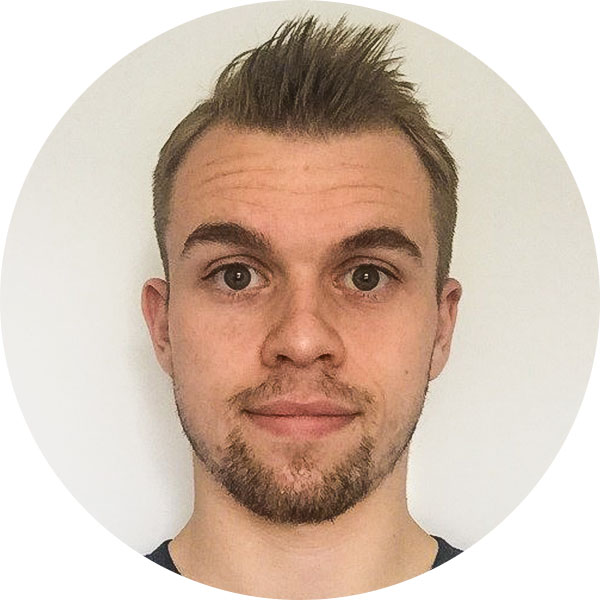 Dale has a PhD in Sport and Exercise Science and specialises in physical activity research, skeletal muscle physiology, and exercise nutrition. He is a former personal trainer, and has a strong academic and applied background....
Read more

How to overcome the ‘New Year new me’ mindset to make lasting changes to your health, habits and behaviours.

Many people view the New Year as a fresh start and a clean slate – “out with the old and in with the new” as they say. This mindset is best summed up through the pervasive ‘#newyearnewme’ rhetoric that is today most abundant on social media. Basically, people wake up on the first day in January, ready to conquer the world and achieve every goal they ever had.

Despite its recent unpopularity, #newyearnewme is not entirely useless in so far as it does in fact prompt many people to at least consider how they can engage in more health-promoting habits and behaviours when the festive period is over. However, this also often results in many people making New Year’s resolutions that are just unrealistic and downright unsustainable in the long-term. And this is where problems start to arise!
Unsurprisingly health and fitness-related resolutions, like losing weight, improving fitness, and following a higher quality diet are always at the top of the list as far as New Year is concerned (1). 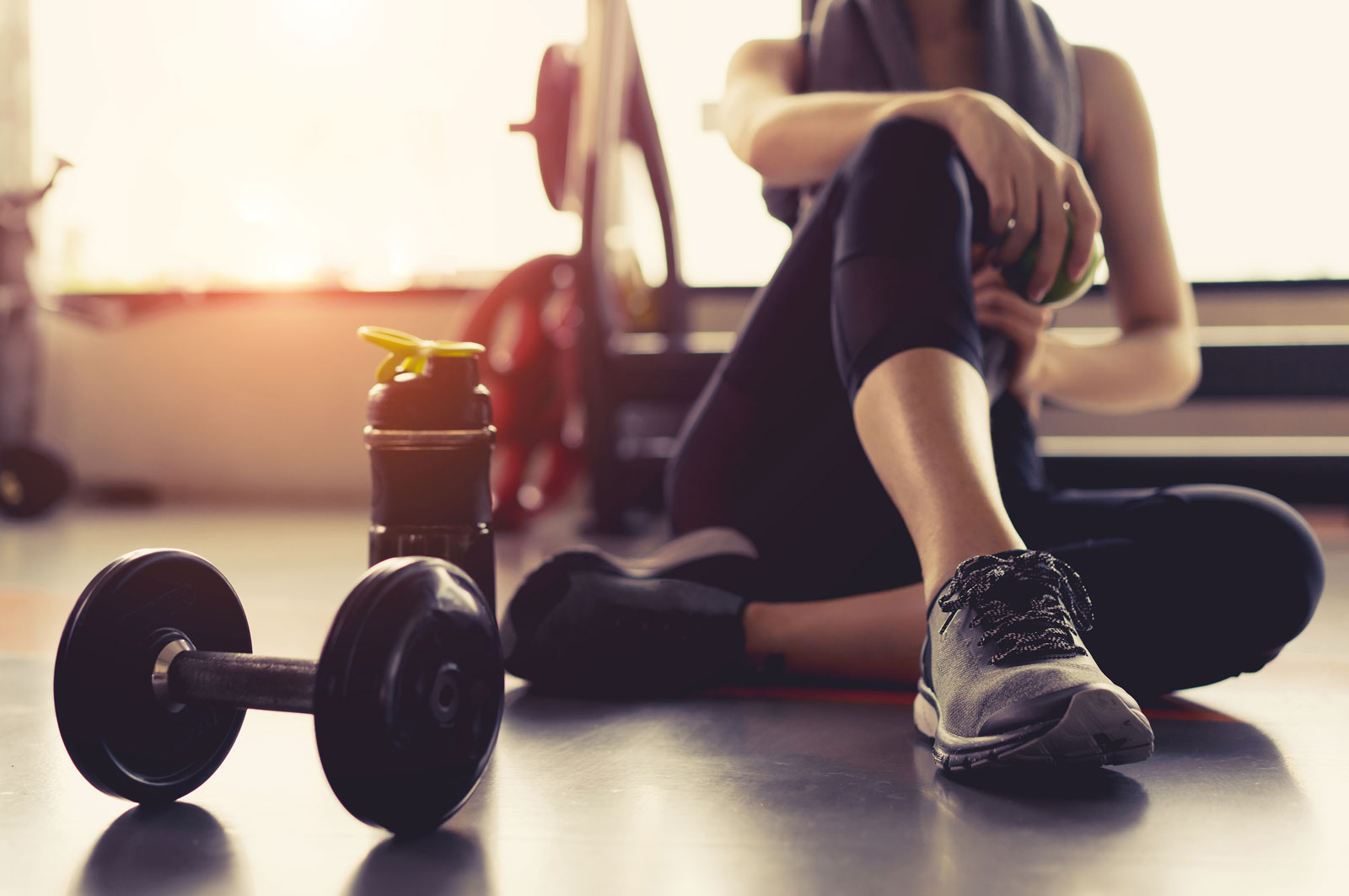 Most people make resolutions to themselves, and sometimes to others, without really considering what a resolution actually is? Put simply, a resolution can be defined as “a promise to yourself to do something, or to not do something” (2). In-fact, most New Year’s resolutions are not behaviour change goals that have been explicitly defined, quantified, recorded, or expressed verbally to another person. All too often, they are more like a casual wish list-style statements that people say to themselves. As 17th century Irish writer Jonathan Swift once wrote:

“Promises are like pie crust; they are made to be broken”

Statistically speaking, only 40% of individuals that make New Year’s resolutions maintain them after 6 months (3), and even less after 2 years (19%) (4). Throughout this article we want to explore some of the ways people can improve the goals and promises that they make to themselves so that you as an exercise professional can better support them. You might even find some of these strategies useful yourself!

At the start of each year, people within the health and fitness industry become consumed by positivity. Internet gurus and social influencers typically distribute overly positive messaging in order to inspire their audience to click on their page, follow them on social media, or purchase their new book. Why? Because the larger their audience, the more they can monetise their channel and promotional activities.

People within the health and fitness industry do not like to tell customers “no”, because saying no is often seen as bad for sales. Positivity is important, considering clients are more likely to sign-up with a fitness coach or personal trainer if they are delivering messages like ‘you can achieve your goals’. However, incessant encouragement and pure positivity often spreads to individuals making unrealistic and unattainable New Year’s resolutions. Again, this is where problems arise because people overestimate what they can do in the short-term and underestimate what they can do over a longer period of time (e.g. like a year).

Positivity does help to increase an individual’s confidence. However, unrestricted positivity often causes people to have unrealistically high expectations of themselves when setting a New Year’s resolution. People often say things like “I’m going to exercise every day”. When these high expectations are not realised, this can often reduce the person’s confidence and cause them to disengage with the activity in order to avoid future disappointment and emotional anguish. Furthermore, incessant positivity causes people to believe that the entire experience is going to be positive. People who make New Year’s resolutions do so following a relaxing Christmas break away from the stresses of work, and having spent quality time with friends and family. In this way, people make ambitious resolutions during times of low stress and where leisure time is abundant. But, during the gradual return to normal life, reality begins to kick back in, and life gets busy again. It’s usually around this time that people start to realise that their ambitious New Year’s resolutions are not compatible with their lifestyle. Goal setting therefore, requires a plan B, for ‘if’ plan A should go wrong.

The main issue with relying on a New Year’s resolution to initiate change is the lack of planning. A self-made promise is not a plan, it is certainly not a goal, and it’s definitely not a behaviour change philosophy. For some unknown reason, people mistakenly think the world has fundamentally shifted to accommodate their ambitions in the 7 days between the 24th of December to the 1st of January. However, in most cases, people will return to the same job, socialise with the same people, and carry out the same lifestyle-related behaviours as they did prior to their Christmas break. This means that new goals will be just as difficult in the New Year as they were in the previous year. Strong foundations are therefore required to support a positive behaviour change process.

Individuals are more likely to maintain a behaviour if they are prompted to do so. For example, placing a person’s running shoes by the door to remind them to run in the morning before work could be an effective strategy. Individuals are also more likely to avoid a behaviour if they are not prompted to perform it. For example, removing junk foods from the house removes the prompt or trigger (e.g. seeing it) to consume these foods. Finally, people may find it easier to attach a new behaviour (physical activity and healthy eating) to an everyday behaviour (showering and brushing teeth), to make the new behaviours part of their existing daily routine. We must stress however, that eating or exercising while in the shower is not advisable!

Most people do not fully understand the reason why they are promising to change their own behaviour. In-fact, the majority of individuals make their New Year’s resolutions because other people around them are also making them. Around January, it is exceptionally common to ask (or be asked) “what is your New Year’s resolution?”. To avoid embarrassment (for being the only person in the office without a New Year’s resolution), most people just instinctively pick one of the big three (lose weight, exercise, or eat better). This is largely driven by the “should” mentality, where people are motivated to change their behaviour because they feel that they need to, rather than the fact that they truly want to. For example, it is common to hear people say “I should go for a run in the morning” as opposed to “I want to go for a run in the morning”. 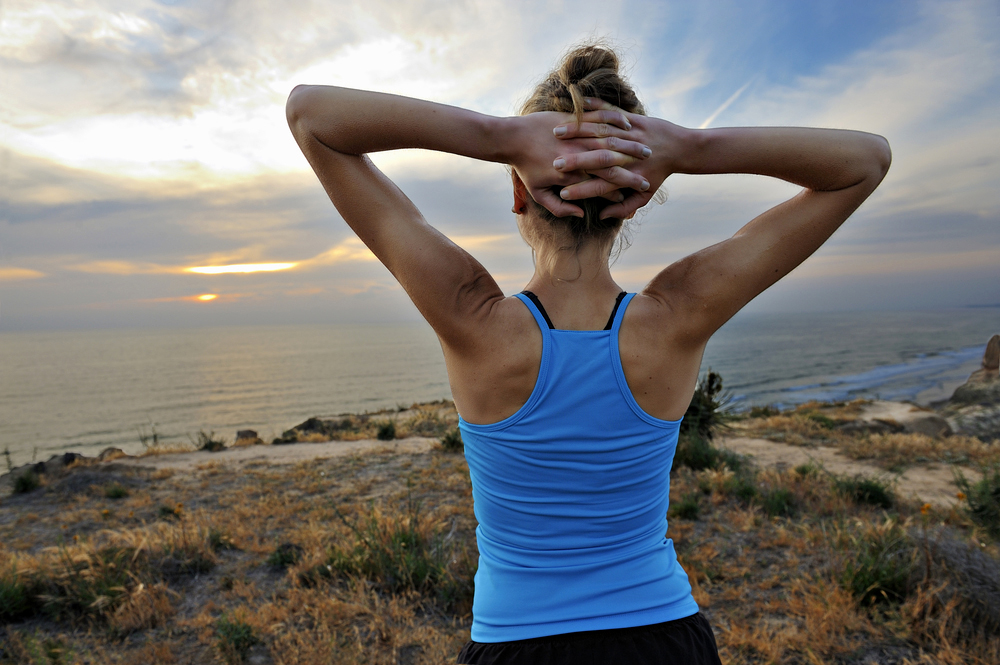 The should mentality also compels people to perform types of behaviour they don’t particularly enjoy. For example, when it comes to exercise, many people feel compelled to begin with high-intensity training (e.g. lifting heavy weights or running), purely because this is the type of activity that they ‘feel’ they should be performing. The should mentality is a poor motivator that does not maintain behaviour change in the long-term. When making any behaviour or lifestyle change, people ask themselves and answer honestly, why they wish to change their behaviour in the first place? It’s important that people are truly honest with themselves and to try to avoid at all cost the “I should” mentality.

When making a New Year’s resolution, people may be better to first take the time to reflect on the reasons why they actually want to change their behaviour in the first place, and why now in the New Year? Where possible, people will be better placed to avoid external influences with the “should mentality” and instead focus on more intrinsic factors and motivations. Next, it’s essential to maintain a realistically positive outlook when setting New Year’s resolutions as opposed to having unrealistic expectations about what can and cannot be achieved? Devising a good plan B alongside a New Year’s resolution is generally helpful, remembering, unrestricted positivity can be as detrimental as negativity where goal setting is concerned. Finally, people will want to set-up an actual behaviour change plan that evaluates all of the potential influences and barriers to making the change, especially those environmental triggers that pull them back to pre-change habits.
Make ‘setting goals more effectively’, one of your top New Year resolutions! Do this, and you’ll have the best possible chance of becoming the ‘new you’ in the New Year and beyond. Good luck!