Preventing and Reversing the Diabetes Epidemic

Typically type 1 diabetes is diagnosed in younger patients, whereas type 2 diabetes more often than not, is diagnosed in people over the age of 40. Type 1 diabetes is an autoimmune condition, in which the pancreatic beta cells, responsible for the production of insulin are destroyed; rendering a patient incapable of producing their own insulin. The treatment for this is lifelong, daily insulin injections. Type 2 diabetes is somewhat different, occurring when either the pancreas is unable to meet the insulin needs of an individual or when the body’s cells become resistant to normal levels of insulin.

In a healthy individual, after the consumption of a meal, insulin is secreted into the blood stream by the beta cells of the pancreas. This triggers a signalling cascade within the body’s cells to take up glucose, which will either be used as energy or stored as glycogen or fat. In an individual with type 2 diabetes due to the lack of or resistance to insulin, glucose remains in the blood stream, leading to chronically elevated blood sugar levels.

Having a persistently high blood glucose leads to vascular damage, further classified as micro and macrovascular. Examples of microvascular damage include diabetic retinopathy, nephropathy and neuropathy. Macrovascular consequences include heart attack, stroke and vascular insufficiency, which leads to ulceration of the lower limbs and poor wound healing.

The positive aspect of type 2 diabetes is the presence of many modifiable risk factors. Insulin resistance is positively correlated with increased fat intake, positive energy balance and excess weight. Response to insulin is blunted by high levels of free fatty acids and triglycerides in the bloodstream. On the other hand, insulin resistance is inversely related to a high amount of dietary fibre and sufficient omega 3 intake.

The average healthy person can reduce their risk significantly by maintaining a healthy BMI, being moderately active and eating a healthy, balanced diet with plenty of fibre and omega 3 fatty acids. Taking advantage of these modifiable risk factors is going to be essential in preventing the ‘diabetes epidemic’ from spiralling out of control.

The scale of the problem

Type 2 diabetes currently costs the NHS £23.7 billion each year, due to not only costs of medication, but in managing the aforementioned complications. This is projected to rise to £39.8 billion by 2035. Every day in the UK 700 people are diagnosed with type 2 diabetes, with the current prevalence standing at 3 million. With this number of people already diagnosed, we must be asking if there is something we can do to not only prevent the onset but decrease the prevalence. A randomised control trial carried out in 2015 found that health coaching for newly diagnosed patients yielded significant improvements in HbA1c and also improved the mental health of participants.

In a recent audit on advice given to newly diagnosed type 2 diabetes in a primary care setting, it was found that 32% of patients hadn’t had their BMI checked upon diagnosis and a further 21% had no record of been given any lifestyle advice.

The current evidence suggests that type 2 diabetes is (to an extent) a reversible condition which can be put into remission. A great number of studies have shown that extreme calorie restriction not only controls HbA1c (which gives an average blood sugar reading for the prior three months) but can remove the need for medication and cause a return of normal glucose homeostasis.

There has been a lot of media attention recently on the role of bariatric surgery in reversing type 2 diabetes, the mechanism of which is heavily disputed by different research groups. The recent feature on BBC News claimed that the reversal is due to a “resetting” the endocrine system, however a peer reviewed article published in September 2016 suggests that the improved metabolic outcomes of bariatric surgery patients is likely due to reduced calorie consumption. Gastric bypass is essentially a way of “enforcing” a calorie restriction on someone.

When comparing the NICE guidance with the current evidence, there are some very clear discrepancies. Drastic calorie restriction has been shown in multiple trials to actually reverse insulin resistance by multiple proposed mechanisms, which is not reflected in the current guidance nor is the potential indication for bariatric surgery.

When examining the current guidance, it is apparent that the guidance is intended to be achievable, acceptable and sustainable. However, a key question which must be asked is ‘do health professionals have a duty to give patients advice based on the latest evidence even when measures are extreme?’ It could be argued that most patients would be unwilling to adhere to a diet of 600kcal a day, nevertheless, if they aren’t being given the information, it renders them unable to make a fully informed choices to avoid the long term complications of diabetes and to change the course of their health.

In conclusion, then examining the evidence, in theory it is entirely plausible to not only prevent but reverse the diabetes epidemic. However, there are a number of barriers to this, including the need for healthcare professionals to form a united front in providing evidence based information whilst tackling the key issues of balancing immediate action with sustainable lifestyle change capable of bringing about long term positive outcomes. 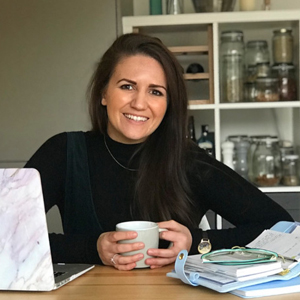 Dr Jennfier Robinson is a London-based doctor who believes health, fitness and nutrition can come together to make us all healthier. She has a BSc in Biomedical Science and frequently writes articles and creates recipes on her personal website....
Read more