The Basics of Inflammation

I graduated as a chartered physiotherapist in 1987 and my first clinical role was in rheumatology. I subsequently worked in sport as the physiotherapist to the England Women’s football team and then worked in orthopaedics and trauma before becoming a physiotherapy lecturer at the University of Salford in 1997. I now write and edit textbooks for Elsevier Oxford and I am a visiting lecturer in Sao Paulo, Brazil, and Corpus Christi College Cambridge. I’ve also worked with HFE to produce a series of exclusive lectures for their Level 4 Low Back Pain Course.

This is the first of a series of articles discussing pathology. It is logical to start with inflammation since this is the cornerstone of how all injury and tissue damage heals.  In this article I will be discussing what inflammation is, the key stages and the differences between these stages. We’ll then move on to exploring what can affect healing rates and how different tissues heal.

Over my career, I have treated people from new-born babies to centenarians and across all levels of activities and injuries ranging from minor to life-threatening and terminal illness. A common denominator was the presence of inflammation in one form or another. If we can understand how inflammation works (or should work), we have a greater chance of helping our clients, patients and athletes return to activity as quickly and safely as possible.

Inflammation is a stereotypical response of the human body to damage, and it is, in fact, the only way that the body knows how to try and repair the damage that occurs to our bodies through wear and tear, trauma or disease.

The Stages of Inflammation

A knowledge of what they do is pivotal if we are to create an optimal environment for tissue healing. I phrase this deliberately as optimal rather than claiming to speed healing since there is a finite speed at which these processes operate. These phases are not distinct and in the tissues, there will be overlap between these phases.

Managing the Storm, Draining the Swamp

Imagine a person who has sprained the medial ligament of the knee, the first thing that we see happen is that there is an initial constriction of the local blood vessels as the body realises there is a problem and tries to limit the damage (vasoconstriction). Immediately after this, there is an increase in blood flow to the area (vasodilation). I compare this to a burst water pipe or a violent storm – in fact when I am teaching my undergraduate students, I tell them that their role here is to minimise the damage and stop water (blood) spraying all over.

You can see this process in your own body if you draw your fingernails across your forearm the skin will initially quickly turn white as the blood vessels constrict and then a few seconds later red lines will appear where the blood flow has increased – this is called erythema. If the damage is minimal these lines quickly disappear, if the damage is greater then the inflammatory process gets to work.

The next phase is known as the proliferative phase and this is the phase where the blood vessels become porous and white blood cells, red cells, platelets plasma proteins and other substances known as cytokines squeeze out of the capillaries and enter the area of the damaged tissue. These are all the ingredients necessary to produce the correct healing response.

If we looked at this through a microscope, we would see cells called fibroblasts which act rather like little spiders, spinning their webs to make a fine network of fibres that bind together the tissues. At this point in the process, this early scar tissue is a weak fine mesh, and we need to take care that we do not overstress the tissue and break these fine webs.

The final stage of inflammation is the remodelling phase. This is where the plumbers have finished their work in fixing the broken pipe and your job as the therapist is to come along and clean the room, sweep the carpets and return the room back to its original pre-flood state.

If we could look through the microscope at tissue that was in the remodelling phase we would see cells called macrophages that swim around swallowing up the debris and we would also see a change in the collagen fibres that were laid down initially in a rather haphazard way – as we start to stretch and stimulate these fibres by exercise stretching or other means the collagen fibres begin to align in the right direction obeying what is called the SAID principle – specific adaptation to imposed demand.

A Game of Two Halves

Acute inflammation as we have already seen is the burst water pipe, whereas chronic inflammation is more like a stagnant swamp in midsummer where there is no circulation of the water and little oxygen.

This perhaps most accurately summarises the state in chronically inflamed tissue. Here I tell my students that the aim of the fitness professional is to effectively insert an egg whisk into the swamp and stir things and add oxygen to the mixture.

Let’s think about what can affect inflammation and therefore the healing rate of tissues. Firstly, tissue in older adults often does not heal as quickly as young tissue (although there are exceptions to this). It is also a fact that people with uncontrolled diabetes tend to heal more slowly than non-diabetic people.

People with deficient blood flow to an area such as peripheral vascular disease will struggle to heal as the tissues are not receiving the nutrients that they need and those people with dietary deficiencies such as anorexics or those who have had segments of bowel removed may not possess all the ingredients necessary for a complete healing response.

Certain drugs also limit our ability to heal, anabolic steroids for example and non-steroidal anti-inflammatory drugs both affect tissue healing rates. The same applies to smokers. Interestingly there is also some evidence that our state of mind and stress levels can affect how our tissues heal.

All Tissues are Not Created Equally

Finally, it is important to acknowledge that some tissues heal better than others. For example, you may come across a client with a fractured tibia. Even a young healthy footballer with this injury may find that her bone will not heal quickly which is probably related to the poor blood supply. Also, ligaments and tendons tend not to heal as quickly as muscles because of their relatively poor blood supply – the same is true of articular cartilage.

What are the signs and symptoms of inflammation? Well first, we need to know the difference between a sign and a symptom. A sign is something that can be tested or measured, and the symptom is something that the client or patient complains of.

The four cardinal signs of inflammation, along with their Latin terms are as follows:

Finally, it is important to acknowledge that some damaged tissues will never regain their maximum strength whereas others will. Bone, for example, is replaced by new bone so if we looked at a fracture years down the line it would be almost impossible to see what and where the original injury was.

However, if we look at a torn muscle, the muscle fibre will heal with scar tissue which is not quite as well adapted to its function as its parent tissue (it doesn’t contract for one thing).

It’s probably fair therefore to say that a torn muscle will heal to 98% of its original strength if we then re-injured this muscle it will heal to 98% of 98% and so on. This may result in the phenomena whereby an athlete or professional sportsperson is particularly vulnerable to a specific injury that recurs again and again. 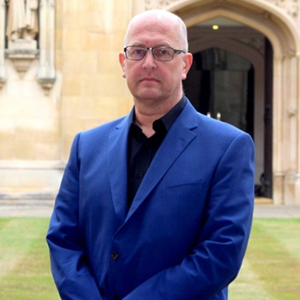 Dr Stuart Porter has been a chartered physiotherapist since 1987 and has previously worked in rheumatology, orthopaedics and trauma. He has also supported the England Women's Football Team as a physiotherapist. Currently, he works as a lecturer at the University of Salford and as a visiting lecturer in Sao Paulo, Brazil, and Corpus Christi College Cambridge....
Read more