The Essence of Function 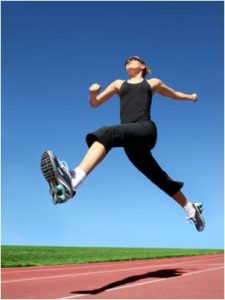 Functional training and functional fitness are popular buzzwords that are used by today’s fitness professionals to promote and justify exercises or groups of exercises.  Functional training is broadly defined as purposeful training, that is, training which reflects the demands of a client’s lifestyle, occupation or sport, and which enhances one’s performance in these activities. Functional training provides transferable benefits and adaptations which are multifaceted and can be applied to a broader range of activities and environments.

Over the years, many experts in the realm of physical fitness and therapy have identified common themes and traits which attempt to define functional training. In this process it has been suggested that functional exercise:

• should require the participant to maintain their own base of support
• includes work performed at a variety of speeds/tempos
• primarily involves closed kinetic chain movements
• should promote motor fitness/attributes like balance, power, coordination and agility
• should create or resist movement in multiple planes
• should include larger complex movements rather than simple isolated actions

While all of these criteria have value and the practical application of these have provided success for both Personal Trainers and Strength and Conditioning professionals, there is one important issue that has been overlooked- adaptability! In the words of Charles Darwin, “It is not the strongest of the species that will survive, nor the most intelligent. It is the one that is the most adaptable to change”. Clearly, in this context, Darwin was referring to his ‘at the time’ somewhat controversial theory of evolution, but there is certainly some millage in applying this observation to exercise and fitness training.

How many personal trainers, fitness instructors or strength and conditioning coaches prescribe exercises to their participants and athletes that include repetition ranges of 10 and above? While it is impossible to answer this question with any degree of certainty, you can bet your last pound that this practice is widespread.

Now ask yourself another rhetorical question, how many daily activities, sporting actions or daily movements can you think of where you will perform the same action, in sequence, from the same position 10 times or more? That’s right, none!

If a training programme is to be truly functional, it must apply the principle of adaptability and avoid too much emphasis repetition. It must require the exerciser to be challenged as they move from one posture or position to another, and not just require them to repeat the same action over and over again, regardless of how closely it resembles the demands of a sport or activity.

The phrase ‘the straw that broke the camel’s back’ is often used to describe how somebody injured themselves while performing a seemingly low-intensity, non-strenuous activity. These injuries are usually sustained during transition movements, like when moving from a standing-seated position, or when bending over to pick up an object from the ground. These injuries are most often caused by repetitive strains which reduce the tolerance of the associated soft tissues- the emphasis on this statement is once again placed on repetition!

To develop musculoskeletal functional and transferable muscular fitness, whether that is strength, endurance or power, a greater emphasis must be placed on the transition periods between exercises and movements. Instructors and trainers need to move away from repetition, and towards prescribing versatile, dynamic and integrated movements that focus on movement quality rather than repetition. In order to truly master the essence of functional training, we must move away from training muscles, and start training movements.