Planes of Motion in CrossFit Programming 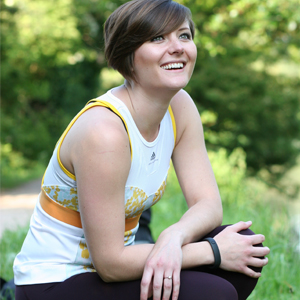 Planes of motion are drilled into us fitness professionals right from the start of our fitness careers, but how often do we actually stop to think about whether we’ve covered them all in our training programmes?

There’s no denying that CrossFit is gaining momentum in the UK – the number of boxes in the UK doubled between 2013 and 2014, and has grown a further 11% in the past year – but one of the biggest criticisms of CrossFit is the perceived increased injury risk. I am yet to see conclusive evidence that this is the case, but what I do see is a potential for athletes and coaches to step back to basics, and look at the planes of motion as a way to combat these claims.

Assessing the Planes of Motion

Let’s start with the different planes of motion:

Now let’s take a look at some typical CrossFit movements:

All of these are sagittal plane movements.

In fact, so are toes to bar, pull ups, squats, lunges, snatch, running, rowing, Airdyne… the list goes on. The only movement in the CrossFit roster that really crosses over into another plane of motion is the sumo deadlift high pull – and we all know how controversial that exercise is.

Why Are Planes of Motion Important?

It’s a sad fact that if you only ever train in one plane of motion, you’re more likely to wind up injured. Working only in the sagittal plane means potential overuse in the muscles that create these actions, as well as the risk of weaknesses in the muscles not being used. This doesn’t only create an increased risk of injury, it can also negatively impact on overall performance, even in those exercises and movements that we are already competent in.

Unfortunately, agility and co-ordination, and to some extents balance and flexibility, are slightly lacking in many CrossFit affiliates’ programmes which may explain why some people develop injuries.

What Can You Do About It?

As I alluded to in the 10 Commandments of CrossFit, you shouldn’t limit yourself just to CrossFit. By incorporating multi-directional movements, and challenges to your agility, flexibility and balance, you could become a better CrossFitter.

The following exercises have been selected for their varying planes of motion and proprioceptive and co-ordination input. Try them at home, or in an open gym session at your box, to help you target those neglected areas. And if you’re a coach, why not consider using some of these in your programming?

I pinched this exercise from one of my coaches at CrossFit Raed, they put on a strength and power conditioning class specifically targeting movements to make us better athletes.

Increase the distance from the wall, and/or the weight of the ball, to challenge further.

There are loads of different agility drills you can do with cones, but one simple drill the traditional weave (you can also do a similar exercise with an agility ladder).

Increase or reduce the distance between the cones to change the angle of change of direction.

Side Shuffle and Reach – Frontal Plane

This is a more calm exercise than the first two potentially manic movements!

Increase the distance between the cones, or sink lower to challenge more.

This will challenge your core muscles in a way they might not be used to… prepare for aching sides!

To increase the challenge, straighten your legs out to 90 degrees from your body, and/or cross your arms over your chest.

Another for core stability, this time in the frontal (coronal) plane.

Although these exercises can help to add different planes of motion to your programme, it really is important to find balance in your training and work on exercises that will support and complement your goals. Yoga and Pilates are fantastic ways to work on flexibility, strength, balance and co-ordination.

5 Things PTs Can Learn from CrossFit

We explore what personal trainers can learn from CrossFit

Could Hip Mobility Be Holding You Back?