Low back pain is a complex and widespread medical condition that afflicts millions of people worldwide, especially in developed and developing countries where sedentary lifestyles are rife. Maigne’s syndrome is a condition which is commonly associated with those who have low back pain, although it doesn’t always present in back pain. Before we take a closer look at Maigne’s syndrome, let’s, first of all, revisit the prevalence of low back pain.

According to the NHS (2017), some 80% of people will experience low back pain in their life, and the World Health Organisation (2013), report that 60-70% of people in industrialised countries will suffer with the non-specific form of back pain. 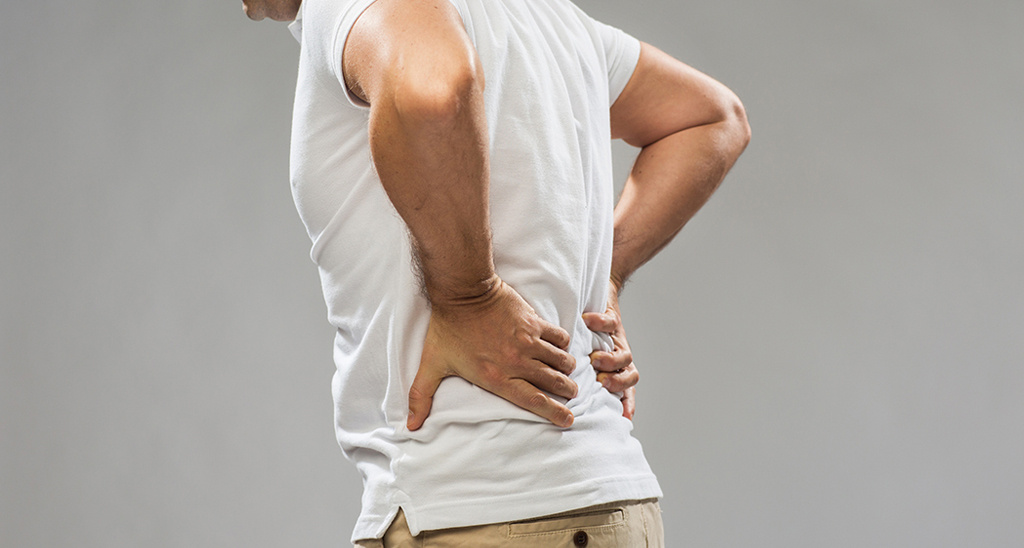 Non-specific low back pain, or NSLBP, accounts for around 85% of chronic low back pain diagnoses. By labelling the origin of the pain as ‘non-specific’, patients are often given the false impression that there is no specific cause of their symptoms, when in reality, there is always a cause. An inability to identify a specific cause of the pain is far more likely to be a limitation of the diagnostic tool(s) being used, and/or the clinician using them than anything else.

Professor Stuart McGill (2015), who is arguably the world’s foremost authority lower back pain and disorders, says “if you have been told your lower back pain has no known origin, or that it’s all in your head, here’s some painkillers. I’m here to tell you that you have seen an individual who is giving advice beyond their level of competency and expertise”. While it may sound ludicrous, how many people do you think would accept a diagnosis of non-specific chest or stomach pain without challenging it?

In the remainder of this article, we’ll explain what Maigne’s syndrome is, how it presents and why it’s important to challenge your GP if you feel you have Maigne’s syndrome and you are being dismissed. Analgesics (painkillers) and non-steroidal anti-inflammatory medication (NSAIDs) will not fix your problem, they will only mask your symptoms for the duration that you are taking them.

Maigne’s syndrome is a low back disorder that affects the area of the spine which connects the lumbar and thoracic regions (the thoracolumbar junction). Named after the French doctor, Robert Maigne, who first identified the disorder. The condition is also known as thoracolumbar junction (TLJ) syndrome, lumbodorsal syndrome, and posterior ramus syndrome. Maigne’s Syndrome is believed to be a relatively common spinal disorder, especially with people who have back pain or dysfunction, and it is often overlooked by GPs and other clinicians. For this reason, it is impossible to say exactly how many people are affected by the condition. 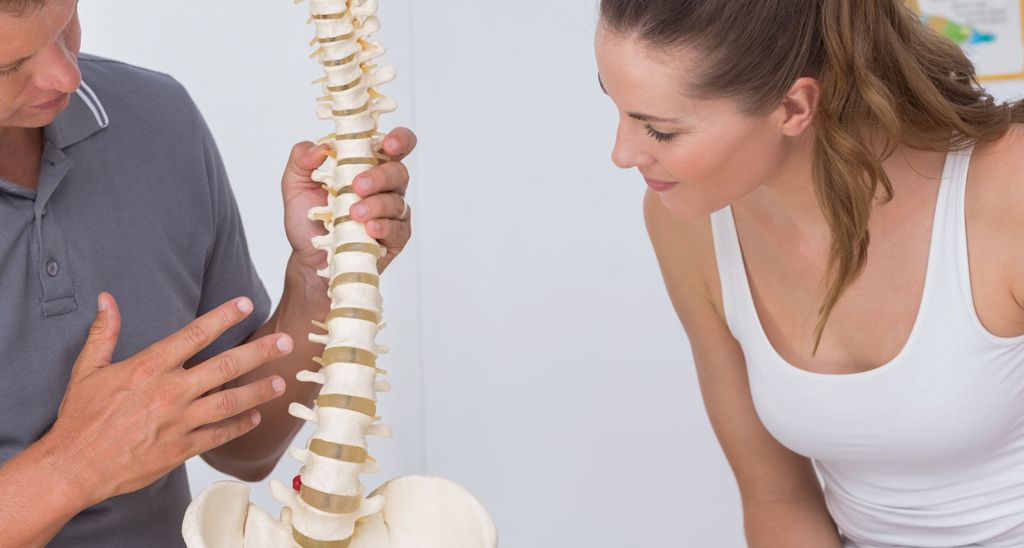 A significant reason why Maigne’s syndrome eludes healthcare professionals is that the pain associated with the condition rarely presents at the source of the tissue damage, inflammation and/or dysfunction. Instead, the pain is ‘referred’ along the length of the affected nerve and presents elsewhere in the body, usually much more distally (away from the spine) in areas like the hip, outer thigh and groin. Hip and groin pain can often be a classic symptom of Maigne’s syndrome.

Referred pain, which is also known as radicular pain, occurs when the painful symptoms present in one area of the body as a direct result of a stimulus, irritant or dysfunction elsewhere. With Maigne’s syndrome, the most common symptoms include:

While some medical professionals simply fail to recognise the clinical signs and symptoms of the condition, often dismissing them as coincidental, there are also an alarming number of doctors who simply refuse to accept that the condition exists at all. Their principal argument for this is that the 4 diagnostic criteria (described below) are far too subjective.

Anatomy of the TLJ

The TLJ is the ‘transition’ site between the thoracic and lumbar regions of the spine and as such, it is the point at which the fluidity of movement between these two spinal segments most often breaks down. The thoracolumbar junction is anatomically defined as the joint between the 12th thoracic vertebra (T12) and the first lumbar vertebra (L1); it would, therefore, be described as T12-L1. However, while the majority of the stress may be borne by the facet joints between T12-L1, in reality, any spinal joints between T9-L2 have the potential to become dysfunctional, inflamed, or develop lesions and nerve impingements, further increasing the risk of referred pain.

It is well documented that the 11th, 12th thoracic, and the 1st lumbar vertebrae are the most common sites for spinal trauma. When the rotational force (torque) from the thoracic spine passes through into the lumbar vertebrae, as would be the case during many twisting and turning actions, the surrounding tissues must absorb this force to protect the lumbar spine from also twisting or rotating. The more times these motions are repeated, especially under load, the greater the risk of irritation and inflammation in the surrounding spinal structures. Slouched sitting postures, especially when sustained for long periods of time, also impose greater loads to this area and as such increase the potential for dysfunction.

The primary groups of nerves exiting the TLJ include the anterior ramus, posterior ramus and the perforating lateral cutaneous branch. Figure 1 (below) shows the distribution of these nerve groups and illustrates the common pathways that pain is often referred in those suffering from TLJ syndrome. 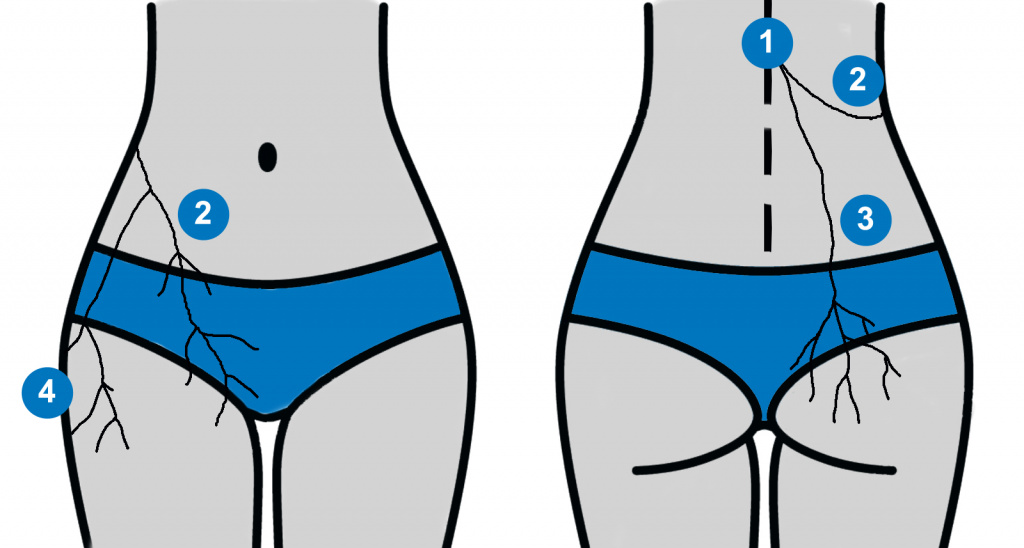 Cause of Pain in Maigne’s Syndrome

With Maigne’s syndrome, the pain most frequently presents only on one side (unilateral) of the spine and rarely, if ever, affects both sides simultaneously. Additionally, sufferers of the syndrome almost never complain of pain affecting the TLJ itself. The pattern of pain usually radiates along the pathway of the affected nerves leaving the TLJ.

The primary pain mechanisms in Maigne’s syndrome are the irritation of the thoracolumbar posterior ramus, inflammation and degeneration of the facet joints in and around the thoracolumbar junction (anywhere between T9-L2), disruption to the intervertebral disc in the thoracolumbar region, and/or other degenerative processes. It is often the presence of these degenerative symptoms in imaging (X-ray and MRI) that causes clinicians to pursue an alternative line of enquiry, and often away from Maigne’s syndrome. With those patients who present with symptoms and who have sustained significant trauma (e.g. a sporting accident or a fall), it is also important to rule out a vertebral fracture (Aktas, 2014).

Dr Maigne states (1972), “the most frequent manifestation of TLJ syndrome is lower back pain, which is exactly like the lower back pain of lumbo-sacral or sacroiliac dysfunction.” The most frequent cause of TLJ syndrome is what Dr Maigne refers to as a ‘painful minor intervertebral dysfunction’ (PMID), that is, inflammation, irritation and even mild degeneration of the intervertebral structures. PMID can be “active”, causing local pain, weather at that specific site or referred elsewhere through reflex actions. It can also be “inactive”, and as such would not cause pain and may only be discovered accidentally during a routine examination of the spinal structures.

There are 4 diagnostic criteria used to identify Maigne’s syndrome. A positive diagnosis can be made with any combination of the following criteria:

2. The pain is usually unilateral (one side), although bilateral (both sides) cases have been known to occur. The pain is chronic and constant, although it may vary in severity. It can usually be provoked on examination by palpating the facet joints.

3. Imaging rarely helps in finding a definitive cause of the pain. Where degeneration is found, this can often lead to false diagnoses and/or unnecessary surgery.

4. Pain is relieved by injection of a local anaesthetic into the offending tissues. It is this criterion that often convinces clinicians of the diagnosis, although there is naturally a lot of reluctance from clinicians to perform the procedure without a definitive diagnosis. This represents a significant clinical dilemma.

In the absence of no single conclusive assessment, Maigne’s syndrome can be a complex and frustrating condition for patients and clinicians alike to manage.

In summary, TLJ syndrome commonly presents as unilateral lower back pain that frequently results in pain in the lower lateral region of the spine, groin pain and/or an aching or painful sensation that radiates above and along the pelvis and into the pubic region. Due to the referred nature of the pain, healthcare professionals often overlook the syndrome and instead seek to treat the symptom rather than the cause. Consequently, those suffering from Maigne’s syndrome are plagued with the condition for many years before an effective diagnosis and treatment is made.

If you’re interested in furthering your knowledge about low back pain and becoming a recognised Level 4 exercise specialist, we recommended the Low Back Pain Course, which features exclusive insight and video lectures from Dr Stuart Porter.

Lee has over 20 years’ experience in the health and fitness industry and has performed multiple roles, including physical training instructor, strength and conditioning coach, lecturer, writer, tutor, assessor and verifier for vocational qualifications. He has a passion for all things exercise, with his key specialisms being strength and performance-based training....
Read more