The ancient practice of yoga has many applications and benefits. Primarily, its function is to promote the union of mind, body and universal spirit. This delicate art of knowing oneself has a history that stretches back over 5,000 years and has spawned many different styles and interpretations, for example: Hatha, ViniYoga, Iyengar, Bikram, and Vinyasa.

Yoga inherently does not create health, as a traditional exercise programme might, instead those who participate strive to create a natural balance between body and mind.

As yoga is an open and inclusive practice, regardless of dogma, religion and spiritual belief. Because of this, it’s accessible to everyone, from regular gym goers to special populations. Another group that yoga can prove incredibly useful too are footballers. The beautiful game can be identified as a lopsided sport, with many male and female players being one leg dominant. So one leg does all the kicking while the other performs planting. Because of this, the hip flexor and quads are frequently engaged with the kicking leg, but not with the planting leg. This imbalance can cause issues with both the hip and spine.

One such famous face who is very familiar with the benefits of yoga and yoga-like workouts is Ryan Giggs. The former Wales international is the most decorated player in the sport’s history, winning 13 Premier League titles with Manchester United, numerous FA Cups, two Champions League titles and much more. He’s captained Manchester United and the Great Britain Olympic football team in 2012 and retired at the impressive age of 40. The secret to his longevity? A combination of things including not driving sports cars because of the impact on his hamstrings, retiring from international football and improving his diet. One of the defining moves he’s made however is to take up yoga: “You can feel it working and you can feel the benefits straight away… “My body feels so much better,” says Giggs.

Yoga has been so beneficial to Giggs during the latter stages of his playing career that he was compelled to launch his own exercise DVD – largely uncharted waters for his contemporaries. “Giggs Fitness” is a strength and conditioning workout inspired by the core tenants of yoga. It was produced in collaboration with Sarah Ramsden, a yoga teacher who’s worked with players at Manchester United, Manchester City, Southampton, Preston North End and Derby County. While she rarely divulges her work with individuals, Manchester City staples David Silva and Joe Hart have previously spoken publicly about how yoga and her tutelage has helped them.

As well as the usual flexibility and posture benefits of the practice, yoga is ideal for football players looking to guard themselves against injury. Compression in the lower spin and excess movements of the hamstrings, groin, glutes, quads and hip flexors are all quite common complaints. Yoga greatly helps to alleviate the regular and often intensive strain placed on the body when playing football.

Here are five carefully chosen yoga poses to only benefit footballers, but those from other sporting disciplines as well. Remember, you don’t have to be a professional or an elite athlete to take advantage of the benefits. 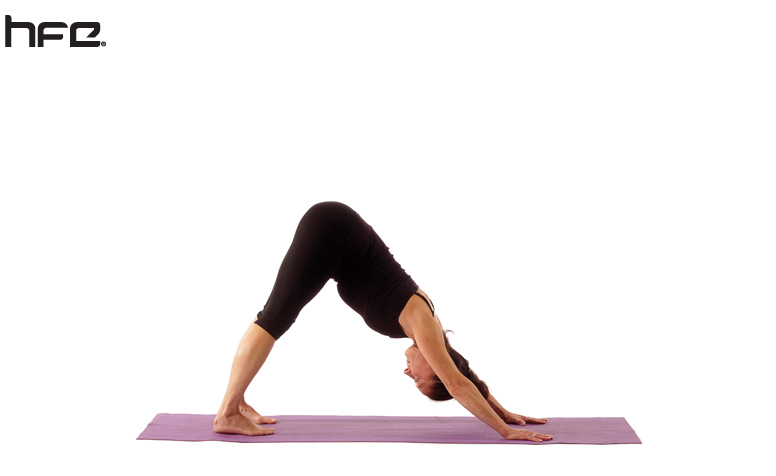 Purpose: This invigorating pose can increase flexibility in the calves, hamstrings and shoulders and erector spinae. It also serves to strengthen the muscles in the arms and upper back.

For maximum effect, kneel on all fours with the knees under hips; spreading the hands out just in front of the shoulders. Inhale to lift the hips upwards, straightening the legs and place the heels down to the ground.

This pose can be modified by bending the knees, or taking the knees completely to the floor, but maintaining the upperbody position. 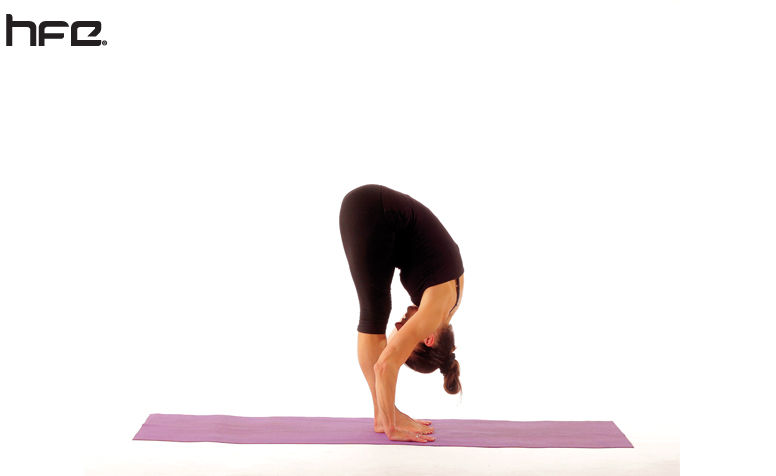 Purpose: It should be noted firstly that if this pose cannot be performed as pictured, then it can be modified in several ways: widen the stance to hips distance apart; place hands on a block or hold around the lower leg; introduce a slight bend in the knees.

The hamstrings, gluteals and erector spinae can all benefit from the Intense Forward Fold. It also helps promote pelvic stability and enhances the ability to fold from the hips. 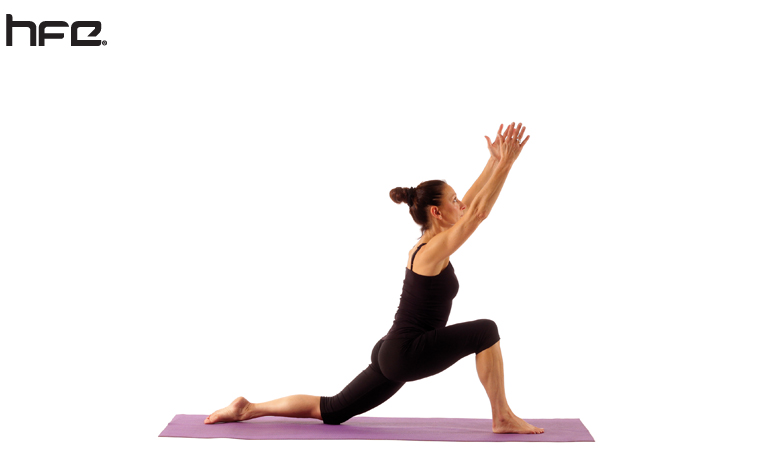 Purpose: The Lunge Pose is ideal for opening the groin and increasing flexibility in the hips and quadriceps. Balance, scapular stability and proprioception can all be improved alongside strengthening of the abductors, adductors gluteals and shoulders. To modify or adapt, the hands can be placed on the floor or placed on the leading thigh. 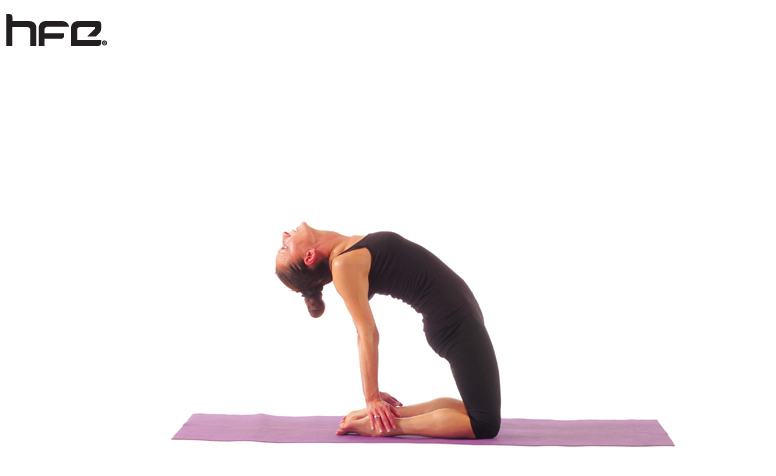 Purpose: The whole of the spine can be strengthened with this pose, as can the hamstrings, calves and gluteal muscles. Flexibility in the quadriceps, psoas, chest and abdominals are also boosted. To adapt or modify, one or more blocks can be placed on top of the heels to reduce the extension. The knees and feet can also be hip-width apart, rather than slightly apart as is customary for this pose. 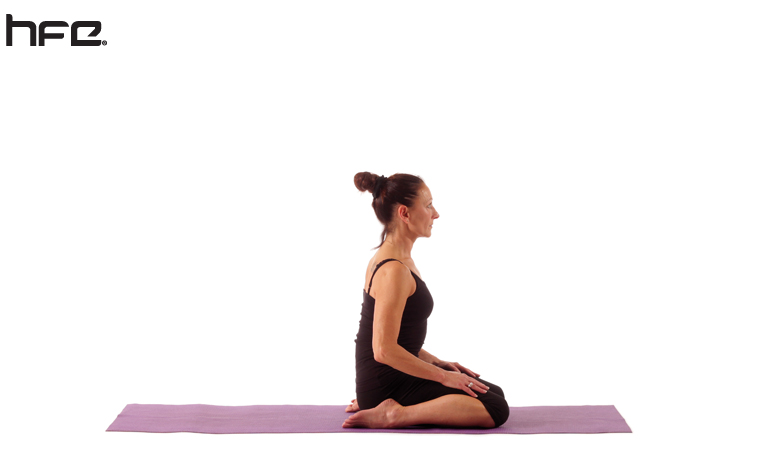 Purpose: Depending on your level of flexibility, this pose can be modified by sitting on one or more blocks (as pictured below). If performed consistently and properly, Hero Pose can be used to increase flexibility in the quadriceps, particularly the Rectus Femoris. It also aides stabilisation of the pelvic girdle and mobility in the ankles.

Gregg Travers is an expert health and fitness support tutor and a semi-pro footballer. Despite supporting Chelsea, he still admires Ryan Giggs and has found yoga as beneficial as he did. In his own words he says: “Yoga is a great way for me to increase my range of motion, suppleness and sharpness whilst decreasing and muscular/fascial tension. As a fitness and football enthusiast I have always been around the ‘fitness game’ since being very young. I enjoy keeping myself in shape by means of four gym sessions per week incorporating cardiovascular work and muscular strength exercises; training and playing football three times per week and also doing yoga once per week. I have never been a keen group exercise participant but after having unfortunate injuries I decided to give yoga a try.

Now, I find that yoga is a great way for me to increase my range of motion, suppleness and sharpness whilst decreasing any muscular/fascial tension. A definite ‘must do’ in my weekly regime now!”

And here is Gregg preforming a modified Hero Pose.