We’re officially open for business following the relaxing of the coronavirus restrictions. Find out how we’re keeping you safe by clicking here.

A Brief History of Yoga

Yoga has a rich, 5,000-year history and because it is such a multifaceted practice, which has in the past intertwined with religion, philosophy and of course exercise, pinning down an exact origin has proven difficult.

Some suggest the origins of yoga stem from the Indus Valley Civilisation, a Bronze age civilisation in northwestern regions of South Asia, while others have noted references to yoga between 500 BCE and 200 BCE, and this falls in line with when the philological ideas of Hinduism and Buddhism, in particular, were beginning to take shape. It’s important to note the references to yoga here are vastly different, almost unrecognisable to what many may think of as yoga today.

In this article, we’ll take a brief look at the four main periods which have been most influential to the creation and development of modern yoga.

Our journey starts with the Vedic Period. This era relates to when the Vedas, four ancient scriptures (Rigveda, Yajurveda, Samaveda and Atharvaveda) were created. The Vedas themselves are the holy writings of Brahmanism (Brahmans being a dominant priesthood in ancient India and not to be confused with Brahma, the creator god in Hinduism).

It’s this collection of hymns that contain the oldest known teachings about yoga available. It’s widely understood that the first mention of the Sanskrit word “Yuj”, which is the root of the word ‘yoga’, first occurred in the Rigveda.

Teachings in the Vedas are called Vedic yoga and they are characterised by ceremonies and rituals that encourage a broadening of the mind to surpass its limitations. During this period, people relied heavily on ‘rishis’, a Vedic term used to describe an enlightened person. These rishis would act as guides, sages who could instruct people on how to correctly follow the teachings outlined in the Vedas. Essentially they were the go-between, the middle ground between the layperson and a higher authority.

Another point of interest is that this period was the first time yogis living in seclusion was recorded. Vedic yogis felt that living in seclusion, close to nature, was the most conducive environment to practice. The rishis favoured dwellings in forests, but it’s easy to see why many modern-day yoga retreats favour being away from civilisation.

Following the Vedic period came the pre-classical period. This era is defined by the creation of the Upanishads, a collection of 200 Vedic texts. Central concepts to these texts are Brahman (the ultimate reality in the universe), Atman (the transcendental self or self), and the relationship between these two ideas. Both the Vedas and Upanishads are said to form the basis of religious concepts for Hinduism, Buddhism and Jainism.

The pre-classical period culminated in the creation of the 700-verse Bhagavad Gita, which is credited as the oldest known yoga scripture and is the most famous of Hindu texts. While the Gita is dedicated entirely to yoga as it existed at the time, very little is actually devoted to the practical elements of the practice that we know so well today. More about the narrative at the heart of the Bhagavad Gita and the philosophies explored therein can be found in our article about the essential books for yoga teachers and instructors.

While yoga has been practised for over 5,000 years, it wasn’t until 2,000 years ago that Indian sage and author of several Sanskrit texts, Patanjali systematised the practice of yoga and documented his work, the Yoga Sutras, so that others could follow his work.

Patanjali’s Yoga Sutras have been credited as the very foundation of classic yoga. In the Sutras, guidance is offered to help the reader create peace and achieve fulfilment. A small but important note to make at this stage is that there were several authors by the name of Patanjali and work continues to determine who is the actual author of the Yoga Sutras. Regardless of authorship, it’s hard to refute the importance and subsequent popularity of the Yoga Sutras of Patanjali. It’s for this reason, like the Gita, that it has made it onto our list of essential reading for yogis.

Another defining factor of the classical yoga period is the emergence of the eight limbs of yoga. If you are currently studying your yoga teacher qualification or have recently completed one, this will already be very familiar to you. You could argue that the eight limbs are as synonymous with yoga as another component or idea.

Pantanjali set out the following as a means for living a life of purpose and meaning:

Yama – ethical rules relating to conduct towards others or social discipline
Niyama – correct conduct towards oneself, a means of aiding personal growth
Asana – the practice of physical postures (undoubtedly the most well known of the eight limbs)
Pranayama – controlling of the breath
Pratyahara – controlling the senses
Dharana – concentration, the process of drawing the senses inward
Dhyana – meditation
Samadhi – the union of mediation and the subject of meditation, often closely linked with obtaining enlightenment

Yoga was introduced to the West in the early 19th century and predictably, many of its Eastern teachings and philosophies steadily became Westernised. It was this period as well that saw many teachers and gurus travel to the West.

One such figure was Swami Sivananda who wrote over 200 books on yoga and philosophy and greatly contributed to the post-classical yoga period. Other notable names to rise from this period include Tirumalai Krishnamacharya, one of the most influential yoga teachers of the 20th century who has also been referred to as the father of modern yoga.

Then there’s Maharishi Mahesh Yogi, dubbed the ‘giggling guru’ as he would regularly laugh during TV interviews. Maharishi developed Transcendental Meditation and this may perhaps be one of the things he’ll be remembered for the most. Transcendental Meditation (or simply TM as it is also commonly known), is a technique practised by 5 million people worldwide and amongst its proponents including many notable celebrities.

In some respects, modern yoga, the form practised in studios, gyms and homes the world over today, can be seen as just as complex as the lineages that have come before it. Many current styles are based on hatha yoga, which was initially introduced in the yoga sutras.

If you’re interested in learning more about hatha, we’ve created a short article about its history and applications. Hatha is also the style that is taught on both our face-to-face Level 3 Diploma in Teaching Yoga and our online yoga instructor course. There are also several over prominent styles you may be familiar with or heard of, they include:

Yoga is a consistently evolving practice and form of exercise that could almost be considered organic. It means something different to each style or school and in fact right down to the individuals who practice yoga. Considering the development it has undergone in the past 5,000 years, it’s easy to see how it will continue to develop, grow and evolve.

And embrace the rich and vibrant world of yoga 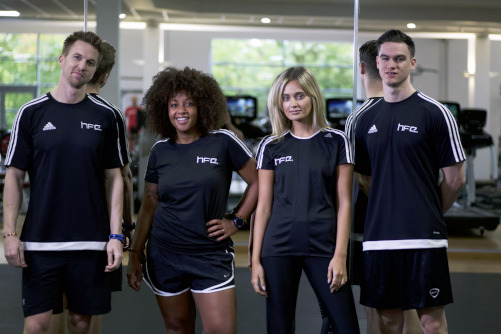