In the first of two parts, Ruth explores her personal experiences with foam rolling and the various evidence surrounding myofascial release. You can find part two here.

I got my first foam roller in the US over 13 years ago and it sat in the corner of the room for about a year until I decided I had better start using it. This was definitely before the foam roller revolution here in the UK.

I had been shown how to use the foam roller to assist postural correction, alleviate back strain, and to open up the chest. I had also been shown how to roll my gluteals, quadriceps, and just for fun, my triceps and latissimus dorsi. The instructions given to me at the time where that foam rolling, when done slowly and diligently, helps to increase circulation, decrease tissue toxins and to warm up the muscles and fascia all of which would help restore normal function, balance and co-ordination. A foam roller can also be used for postural correction as part of traditional rehabilitation protocols (Liebenson 2010).

My favourite self-care foam roller technique is to lie on it along my spine with my head and sacrum supported on the foam roller, knees bent, and to allow my arms to make snow angels by slowly abducting them bilaterally to where I feel resistance, then I wait for the tissue to soften and lengthen and I keep going until I have got my arms right above my head. This whole process can sometimes take 20 minutes, but the difference I feel in my shoulders and my neck is worth every minute.

Over the years, I have instructed hundreds of people on how to use a foam roller for both chronic and acute pain. Some people love them, some people hate them. Unfortunately, it’s usually the people that hate them who would actually benefit the most. Then there is always the client who is far too eager and actually put dents in their foam roller because they looked up the internet on how to roll their iliotibial band. I’m not sure what or who came out worse the foam roller or the iliotibial band.

We have all seen it, or at least heard of it, the person who has been too vigorous on the foam roller, or is using it incorrectly like a rolling pin for pastry, and bruised or hurt themselves. No one should experience increased pain levels whilst foam rolling, put dents in it, bruise themselves or feel pain and discomfort after using it. That’s counter-productive and sets up an inflammatory and tissue guarding response, increases fibroblast activity and ultimately creates more scar tissue. Not only that, fascia resists tension, it is a tensional viscoelastic network designed to absorb stress and to prevent damage and deformation. If you push too hard into the system, it will simply force back.

So how should you use a foam roller? If you look online, you’ll see hundreds of photographs and videos describing the correct way to use a foam roller. Not only that, the humble, simple white foam roller, where it all began, has been superseded, super-sized, nobble-sized, shortened, lengthened, hardened – and softened – in fact, its become a fitness fashion accessory, all in the name of self-care.

There is some research, not a huge amount, on the benefits of foam rolling which include increased range of movement, increased flexibility, decrease on scar tissue, triggering the autonomic response, decrease in DOM’s and decrease of pain in general. There are even less clinical trials for the use of foam rollers, so everything is a hypothesis and nothing more than trying to make anatomy and physiology fit with subjective responses.

I was recently asked by Leon Chaitow DO, editor of the Journal of Bodywork and Movement Therapies, to review an article proposal on the collation and discussion of other articles all of which where studies of the use of foam rolling for specific groups of people. After having read the proposed article, I came to the conclusion that every one of the studies discussed were simply far too randomised to provide any worthwhile evidence to the benefits of foam rolling.

If you have 25 people in a study, all of who were using a foam roller on the iliotibial band for five minutes daily, how do you know if these 25 people have the same tissue tension and dysfunction or if they are all using the same amount of pressure? Not only that, the response to the study will just reflect individual subjective responses. This is the same reason as to why it is very difficult to provide unequivocal scientific evidence that myofascial release, and many other manual therapies, benefits any number of chronic pain conditions and acute injuries. If you have 25 people in a study who are asked to feel and describe their response to a therapy, it is feasible to get 25 different responses.

Research tends to focus on a certain body part, or condition as a way of trying to standardise a trial to offer a positive outcome for the research. However, it seems somewhat pointless to focus research on the connective tissues of one body part where the person is experiencing pain and/or tension when other, and in my opinion, more commanding research and evidence is promoting that the human body is a tensegrity model where no one part moves in isolation. Current research on fascia endorses that everything in the human body is connected.

This has encouraged a paradigm shift away from the linear two dimensional model of fulcrums, levers and biomechanics to a new era where the fascia (or ‘a’ fascia according to Carla Stecco MD), including the epimysium, perimysium and endomysium, is/are completely connected in one multidimensional, multidirectional dynamic fluid-filled matrix which supports, protects and both separates and connects the human frame. If we are to follow the current research of this ubiquitous tissue, we have to accept that this vast network may be concentrically loaded in one area but equally eccentric loaded elsewhere. Therefore, pain in one area of the body may be caused by tensional forces originating from somewhere completely different.

This is where I believe that the work of Dr. Vladimir Janda, a Czech neurologist and physiatrist, on ‘upper cross and lower cross syndrome’ has a relationship with tensegrity and is of immense value for the understanding of dysfunction in both phasic and postural muscle imbalances. Whilst this is one of many ‘models’ it’s a valuable way of comprehending, evaluating and treating the human frame. Janda suggests that, in general, postural muscles are more prone to trigger points. However, he also suggests that eccentrically loaded phasic muscles can harbour pain (and trigger points) which are being caused by their antagonistic, and concentrically loaded, postural muscles.

If this is the case, simply foam rolling the hamstrings area is nothing more than treating the symptom and not bothering to look for the cause. The same follows for the work of Janda, tissue tension and trigger points in eccentrically loaded phasic musculature may be caused by the postural antagonists. So it’s therefore more prudent to foam roll, or treat, the cause to alleviate the symptom.

What is a trigger point anyway? Do they really exist and should we really be foam rolling them? As a manual therapist, I know that ‘something’ is there causing both pain and distress and I also know that I can ‘deactivate’ whatever that ‘thing’ is. However, a recent, and very critical, overview of trigger points and myofascial pain syndrome was published in the Rheumatology Journal (2015) by Quinter, Cohen and Bove titled “A Critical Evaluation of the Trigger Point Phenomenon”.

This article essentially aimed to discredit the studies and trials used to evaluate ‘myofascial pain arising from trigger points’ which was formulated in the 1980s by Travell and Simons, as “flawed both in reasoning and in science” (Quinter et al 2015). Since then there has been a flurry of articles and discussions on what a trigger point is and what do we do with it. I have no doubt that trigger points, or whatever you wish to call them, exist, but I do understand and accept that we don’t know everything about them – yet. You most certainly have to be careful when treating trigger points in general, as done wrong can make the problem worse… 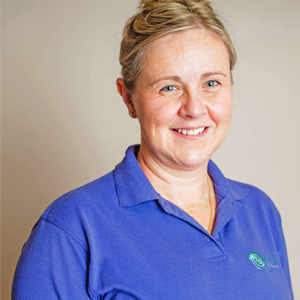 Ruth Duncan is an award-winning myofascial release specialist, senior lecturer and author of A Hands-on Guide to Myofascial Release.