Myofascial release (MFR), or myofascial therapy, is a technique utilised by a wide range of exercise professionals, including personal trainers and those working in rehabilitation. If you’re completely new to myofascial release or seek to gain a deeper understanding of the core concepts, our guide will teach you everything you need to know.

Fascia is the glue-like protein fabric that holds all 70 trillion cells of the body together. Historically, fascia was overlooked and underappreciated, viewed as the thing in the way of getting a good view of the muscles in the body. Anatomically, it has been defined as a specific flat, sheet-like structure, providing an attachment for several muscles in an area, e.g. the thoracolumbar fascia. Current research now defines fascia as all the collagenous-based soft tissues in the body, including: tendons, ligaments, bursa, three layers of muscle fascia (endomysium, perimysium, epimysium), visceral fascia (around organs) and neural fascia (surrounding the central and peripheral nervous system).

Fascia is made of dense, regular collagen fibres and it forms in a web/net-like structure. It connects every cell in the body via neighbouring structures and stores cellular memory. Its tensile strength is similar to steel and it is able to withstand great degrees of tension and deformation.

An Alternative Way of Thinking

You may not associate Albert Einstein with MFR, but John F.Barnes, an international expert on MFR, bases his principles of MFR on Einstein’s mass-energy equivalence formula E=mc2 (energy = mass x speed of light squared). Interestingly, he relates the meaning of the formula to understanding dysfunctions associated with the myofascial system and the principles behind treating them. The formula illustrates that solidity is only an illusion and that everything is energy; different frequencies of vibration of energy, to some degree or another.

Barnes purports that trauma can significantly change the force vectors passing through the body. This disrupts the ability of energy to flow freely through the body, resulting in dysfunction, inefficiency, altered bio-mechanics, injury and pain. Barnes likens the myofascial system of the body to fibre optic cables used in telecommunications. Thus, a blockage in transmission, whether it be the myofascial systems or a fibre optic cable, leads to a failure of function. This model of thinking embraces the need for MFR to remove those blockages or ‘sticking points’ (areas of excessive tension) from within the myofascial system, restoring harmonious energy flow.

Myofascial dysfunction is something that affects all of us, at some point in our lives, to a greater or lesser degree. There can be many different possible causes, but essentially anything which alters the optimal relationship between the muscles and the fascia within the body can create a myofascial dysfunction. Obvious causes include serious pathologies, trauma and surgical procedures, but even subtle occurrences like a change of running shoe or an inappropriate increase in a training element can be enough to tip the balance. These dysfunctions impair the efficiency of the body, alter posture and alignment, and reduce range and quality of motion. They manifest as sensitive ‘sticking points’ of excessive tension, occurring anywhere throughout the collagenous connective tissues system, and are often referred to as ‘trigger points’.

When clients present with signs and symptoms of a musculoskeletal problem, which doesn’t resolve with the obvious remedy, then myofascial dysfunction can and should be considered. An example of which could be calf tightness not responding to calf stretches. In this case, assessment may be required to find the potential sticking point in the myofascial system. Once these have been identified, MFR techniques can be used to release them, in conjunction with complementary exercises.

So in the example of a persistently tight calf, the client could have myofascial trigger points somewhere in the posterior longitudinal sling system, e.g. in the erector spine muscle from a previous back injury. This impairs and distorts the energy ‘transmission’ from this muscle to the calf, via the myofascial connections through biceps femoris and the gastrocnemius. MFR to the trigger points in the erector spinae will likely resolve their calf tightness and ankle pain.

The Benefits of MFR

Myofascial release plays a significant role in injury prevention, rehabilitation and optimising function. Here are the main benefits of MFR:

The basic principle of MFR is that pressure needs to be applied for 30-45 seconds to the trigger points in the myofascial system. Initially, this feels very painful, but eases as the excessive tension drops. Rocktape have designed and created specific tools to help individuals perform MFR effectively. They are designed to ensure the surface area, degree and direction of the applied pressure are perfect for MFR. A RockBall can be used to release tension around smaller, intricate areas such as the scapula, costovertebral area, while the RockNRoller (foam roller) is great for releasing larger areas such as the quadraceps area. Rocktape’s kinesiology tape can also be applied to ‘offload’ myofascial structures such as the wrist extensor tendons for tennis elbow pain, redistributing forces and promoting the healing of soft tissues.

This is an incredibly common hotspot for excessive myofascial tension. There are so many muscles connecting and converging in this area from the spine, pelvis, abdomen, upper limbs and lower limbs. Needless to say, myofascial dysfunctions here can cause dysfunctions and pain pretty much anywhere in the body. Think of it as being like a domino/cascade effect.

One of the best techniques involves lying supine, using a RockBall either side of the spine, just below the rib cage. Then, with both arms overhead, move in and out of a posterior pelvic tilt to release this area. If you find a trigger point maintain the pressure over the area for up to 45 seconds.

An excessive amount of myofascial tension is commonly stored here. It can feel like a burning ache under the shoulder blade or a twitching sensation. This can lead to shoulder pain, altered scapulo-humeral rhythm, painful limitation of neck movement or pain referred into the arm.

To combat this, it’s recommended that you use a RockBall between you and a wall, placed between the spine and the medial border of the scapula. Make sure you adduct the arm across the body; this protracts the scapula to uncover the costovertebral joints which are often hypomobile and covered by trigger points in the rhomboids. The pressure from the ball over these small joints gives a greater release compared to normal posterior shoulder stretches. It also helps mobilise the thoracic spine and ribcage.

A build up of myofascial tension here can commonly be the cause of sciatica, lateral knee pain (often referred to as runner’s knee / Iliotibial band syndrome), mal-tracking of the patella, anterior knee pain, overloading of the medial compartment of the knee leading to premature degeneration, or over pronation of the foot.

The RocknRoller is recommend to perform MFR on the posterior-lateral hip structures. These include gluteus max and med, piriformis, tensa-fascialata, proximal hamstrings and vastus lateralis of the quadraceps. It may not be the most pleasant of sensations, but its great for improving lumbar and lower limb flexibility and managing those common injuries mentioned above.

The key to effective use of MFR techniques is coupling them with complementary exercises and having a strong understanding of current, functional anatomy including the sling systems. With this knowledge comes the power to unlock one’s true potential to maximise their functional performance.

To discover more about myofascial release and how it can be applied when you’re training clients, take a look at our Advanced Trainer Module, an in-depth workshop which combines foam rolling, kettlebells and suspension training. It’s ideal for  and other fitness professionals who are looking to give themselves an edge. 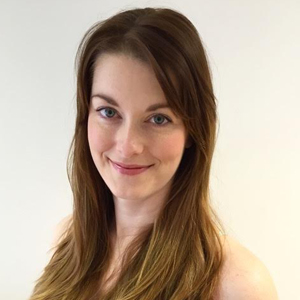 Emma is an experienced Pilates instructor and physiotherapist.