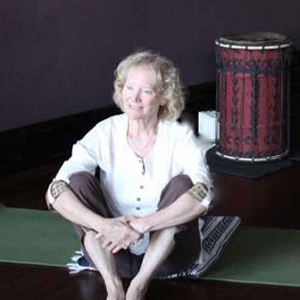 Professor of Dance, Exercise Science and Kinesiology, author, and educator

Jo Ann is an internationally-renowned author, movement educator and Professor of Dance, Exercise Science and Kinesiology. She's also an experienced Pilates instructor and yoga teacher. Her most notable books to date include The Anatomy of Exercise and Movement for the Study of Dance, Pilates and Yoga, and most recently The Vital Psoas Muscle: Connecting Physical, Emotional and Spiritual Well-Being....
Read more

You have a wealth of experience in several areas including kinesiology, yoga and Pilates. For those who aren’t immediately familiar with your work, could you tell us more about your background?

I received my first college degree from the University of Kansas, a Bachelor of Science in the fields of Physical Education, Movement Science, and Biology. My desire was always to be an educator of movement.

I then graduated from New York University with a Master’s degree in Dance, where I met the professors that were to guide me toward the kinesiology field. The science of motion became my love, as well as performance, choreography, and directing my own modern dance company. Then as a full Professor of Dance and Kinesiology for over 30 years, I became interested in writing for my students, creating a readable handbook for a difficult subject. Lotus Publishing in the UK discovered my book and I have since completed three more that have been published and I’m now working on a 4th.

As an author, your books have sold over 50,000 copies, let’s talk about your specific motivations for writing The Vital Psoas Muscle.

After completing the Anatomy of Exercise and Movement for the Study of Dance, Pilates, Sports, and Yoga, Jon Hutchings of Lotus Publishing asked if I would write a book on the psoas. I actually declined at first, as it had already been done wonderfully by teacher and author Liz Koch (The Psoas Book). Secondly, I thought how could I write something comprehensive about just one muscle? 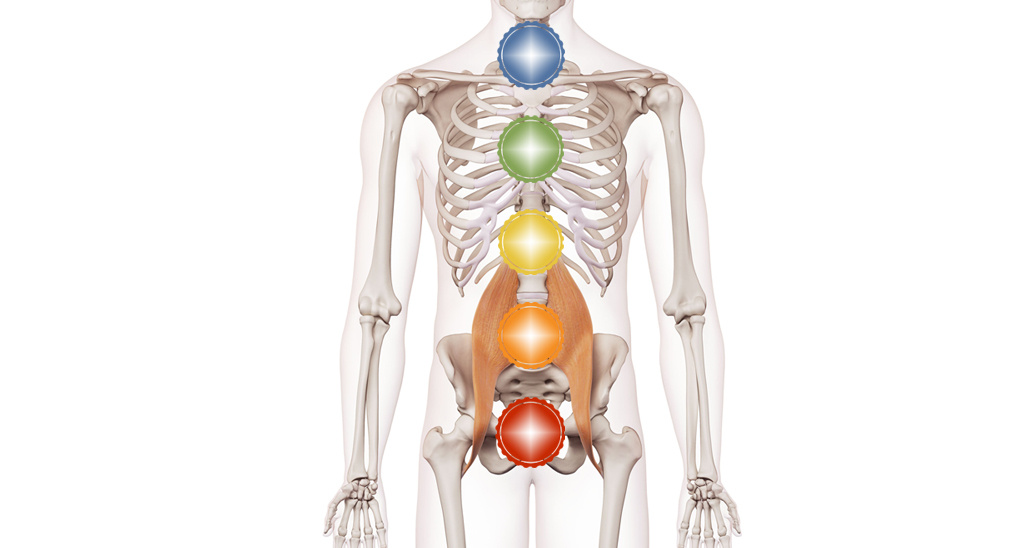 After some thought, I realised it would be worthwhile so I wrote about the integration of the deep core, of which the psoas major is a part. The title, The Vital Psoas Muscle: Physically, Emotionally, and Spiritually Well-Being, was chosen, and the rest really is history.

Thinking about the central location of the psoas and the number of neural and muscular connections, could you summarise some of the more common ways in which psoas dysfunction can present itself?

Physically, as an integrator and bi-articulate muscle of the lumbar spine and hip joints, the dysfunction can appear as misalignment and/or pain.

Emotionally, as a fight or flight muscle, it can hold on to trauma. Relaxation techniques can really help in this respect. Spiritually-speaking, awareness of and attention to the lower triangle of the chakra system (wheels of energy along the spine) can enhance healing.

In the book, you provide a great explanation of how the subtle body (also referred to as the esoteric body) is connected to the physical body. Aside from our yoga readers, this is likely to be a new construct for our readers/visitors. Could you provide a little more information on this?

The subtle body is part of yogic philosophy, where it is believed that a system of chakras are connected with our very being in relation to the elements of earth, water, fire, air, and ether (light, life, consciousness, space). Practitioners of meditation, pranayamas (breathing techniques), reiki, and other healing modalities work with the subtle body to help balance the body, mind, and spirit. 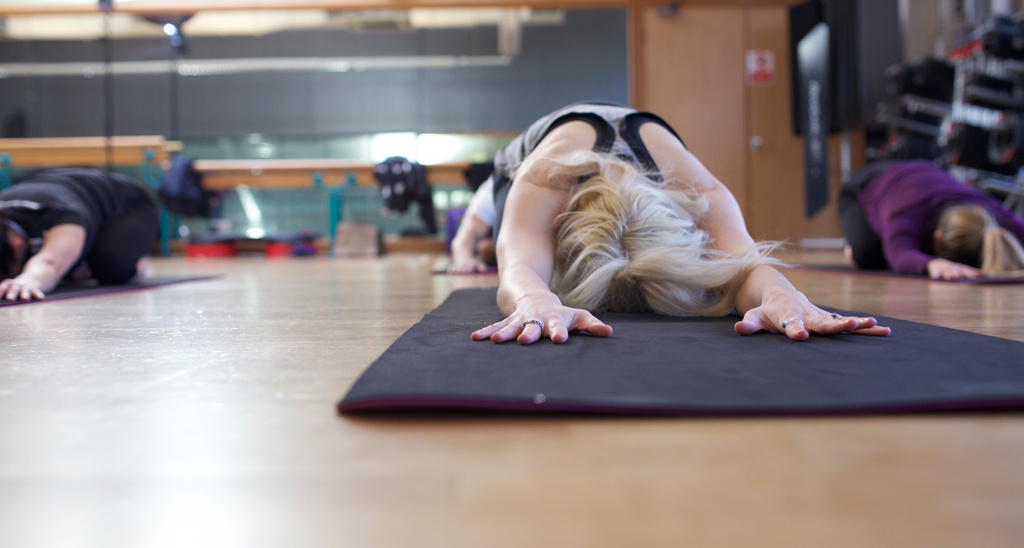 The concept of somatic memory is a really fascinating subject and one that will be new to a lot of readers/visitors. Could you provide a simple introduction to this and maybe provide an example of how it can affect people physically and emotionally?

Somatics is a field of bodywork which emphasis awareness of the deeper body tissues and their ‘intelligence’. This can be a fascinating field of connective tissue, organs, nerve response, and how myofascial sheaths can play into the realm of the body. The term comes from the Greek ‘soma’, or “the body as perceived from within”. Somatics include the Alexander Technique, Feldenkrais, Rolfing, and more.

In your book you talk about the ‘hip flexor society’ and wide-range of activities why can give rise to psoas dysfunction. What are the effects of this dysfunction on other bodily systems, like the organs and nerves for example?

The ‘hip flexion society’ is my term for what is happening now that we sit for long hours of each day, whether driving, studying, eating, reading, watching TV, playing video games, or working at the computer. Sitting is a position where the hip joints are in flexion, without the muscles being used. 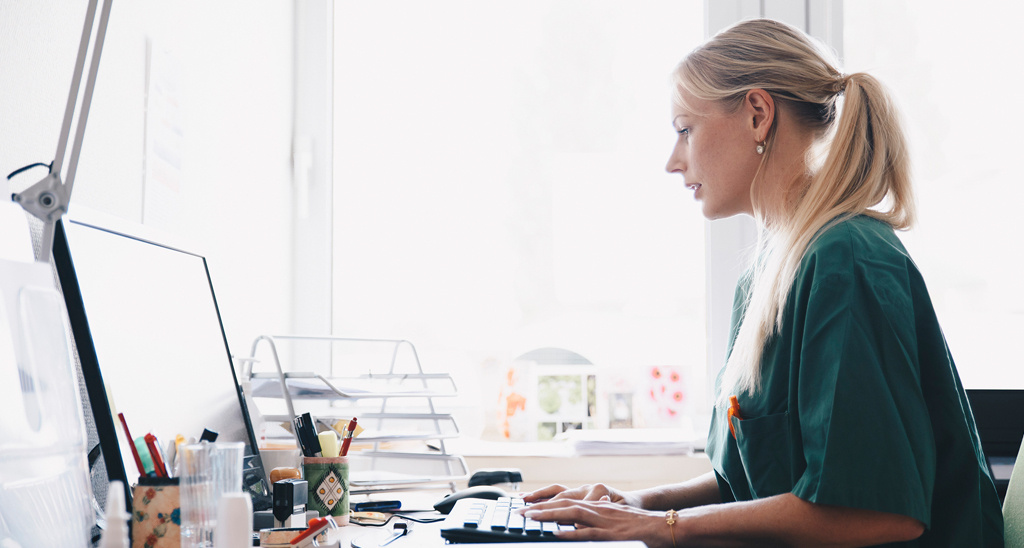 It creates havoc with the psoas major, the entire iliopsoas complex, the lower back and deeper core, as the associated muscles become lax, weakened, and/or shortened. The body, organs and nerves can be affected because of lack of motion; being sedentary can lead to health risks such as obesity, high blood pressure, and lower back problems.

Many people would naturally associate a short muscle as being tight and strong, especially when there are postural adaptations as a result of this. In the book, you talk about how the muscle can be both short and weak. So, could you provide any general advice for people who might have tight and weak hip flexors, including how they should go about releasing and strengthening them?

Muscles can be short yet strong, or short and weak, long but weak, or long and strong, depending on the person’s physical activity, it really is that varied.

Most people will be familiar with the phrase ‘you are what you eat’. I would like to take it a step further and add ‘you are what you do’. A consistent workout or routine that enhances both stretch and strength will optimise the muscles’ potential.

To help people get started, they can use this program that has been adapted from my books Anatomy of Exercise and Movement, and The Vital Psoas Muscle.

Dr Michael Mosley is a science presenter, journalist and television producer, who has worked for the BBC for over 30…

Rachel Lawrence is a Pilates teacher – certified by BASI Pilates – and YouTuber, with close to 100,000 subscribers on…

Louise Fiddes discusses how she uses yoga to help her compete on the international swimming stage.